Tottenham Hotspur have confirmed that they will play all of their home games at Wembley Stadium next season.

The official announcement was made on Friday afternoon, with Spurs also confirming that they will host a farewell party at White Hart Lane on May 14, the day of their final fixture at the old ground, against Manchester United in the Premier League.

Club chairman Daniel Levy told TottenhamHotspur.com: “This marks a momentous day in our club’s history as it is the day we formally agreed the demolition of our beloved White Hart Lane.

“The Lane means a huge amount to each and every one of us and we needed to gain greater certainty on the delivery of the new stadium before we made the final decision to commence with the decommissioning of our iconic, historic home for some 118 years.

“We shall ensure that we give the Lane a fitting farewell when we play our last match here on May 14.

“Wembley will be our home for a season and then we shall return to what will be one of the best stadiums of its kind and the most unique in the world playing host to NFL games too – a stadium that will be key to our future growth and success.

“Both on and off the pitch this is an incredibly exciting time in the history of our club.” 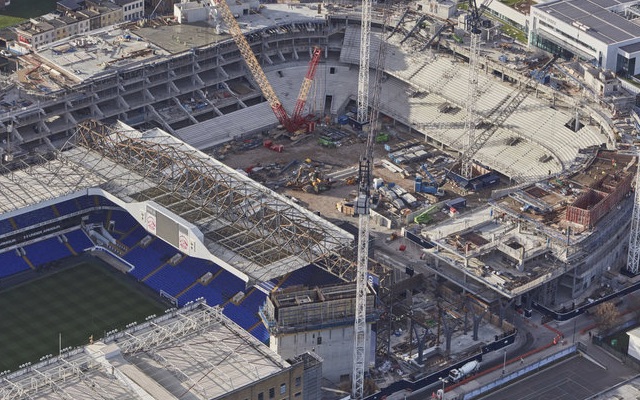 Spurs have been in unbeatable form at White Hart Lane this season, literally, so it will be hard for them to say goodbye.

Nineteen victories in 21 games have given Spurs a 2016-17 win percentage of 90.5% at White Hart Lane, compared to just 25% at Wembley, where they have played four European matches this season.

Tottenham’s all-time win percentage at the modern Wembley is even worse, just 9.1%.