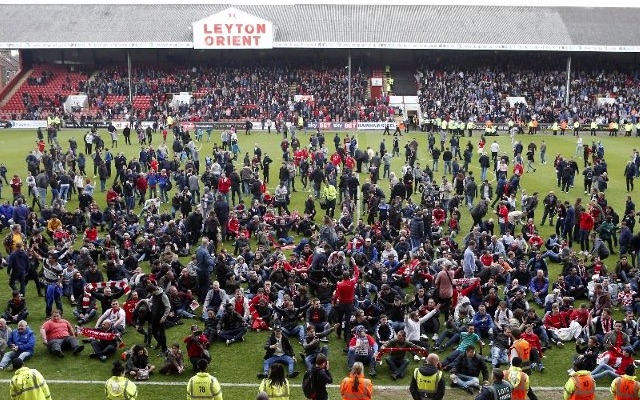 Leyton Orient fans took to the pitch in their hundreds on Saturday to protest against Francesco Becchetti’s ownership of their club.

With the London side 3-1 down to Colchester United, play was suspended in the 85th minute of the League Two match after home supporters staged a mass pitch invasion.

There’s no way that this game is getting finished today. Orient fans in open rebellion now. *whispers* …and good for them… pic.twitter.com/1VwKGNC0dG

Chants of “Becchetti out!” and “Sit down for the Orient!” were sung loudly as angry fans made their feelings clear.

The club was the subject of a winding-up petition by HMRC earlier this year over unpaid taxes and owner Becchetti was recently give a deadline of June 12 to either pay off all debts to creditors or sell the club.

Club staff only received their March pay earlier this week, almost one full month later than it was due.