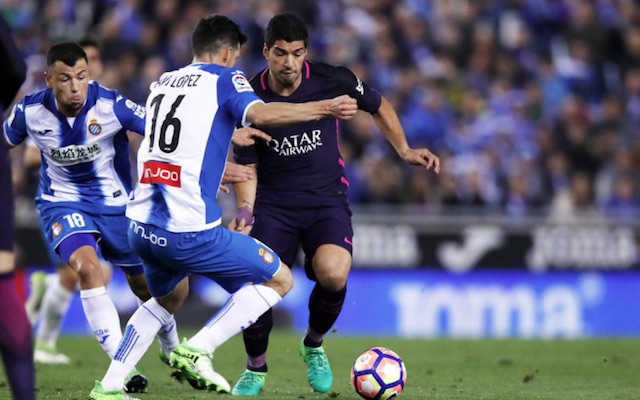 Luis Suarez scored his 25th and 26th La Liga goals of the season as Barcelona won 3-0 at city rivals Espanyol to go top of the table on Saturday night.

The former Liverpool star has now scored 200 goals in 277 games since joining Barca.

All the goals in Saturday’s game came in the second half, with Ivan Rakitic scoring the other, as Barca reclaimed their narrow lead in La Liga, which had disappeared earlier in the day when Real Madrid beat Valencia 2-1.

Despite Barca topping the table by effectively half a point due to their superior record against Real, the title is still in Madrid’s hands as they have a game in hand.

But Barca are in superb form.

His second was also aided by some sloppy defending as he pounced to punish a failed clearance.

Koeman flexes his muscles at Barcelona again ahead of Messi return September 5, 2020 22:10
Juventus