Liverpool fans were made to sweat over the fitness of talismanic playmaker Philippe Coutinho after he limped out of Monday’s 1-0 win at Watford.

However, the Brazilian was quick to reassure Reds supporters that his injury was not serious, posting this on Instagram shortly after full time in the Premier League match. 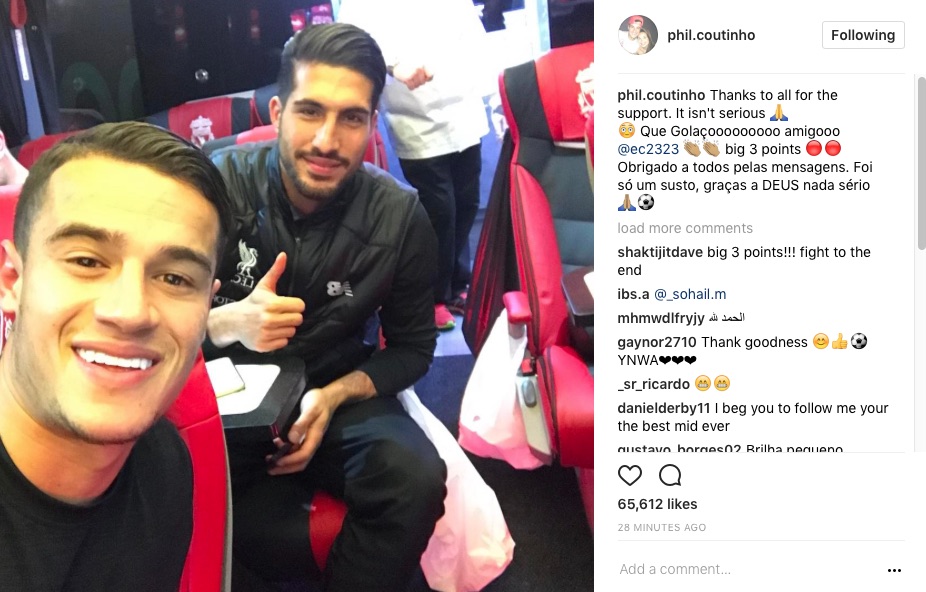 Meanwhile, LiverpoolFC.com confirmed that the player had suffered a dead leg, nothing more.

Liverpool will be delighted to discover than Coutinho is not set for another lengthy spell on the sidelines.

The 24-year-old had scored four goals and provided one assist in the five matches before Monday’s trip to Vicarage Road.

It now looks like he may well be fine to play in Liverpool’s final three fixtures, as the Reds bid to secure a top-four finish.

Liverpool’s remaining matches are against Southampton, West Ham and Middlesbrough.