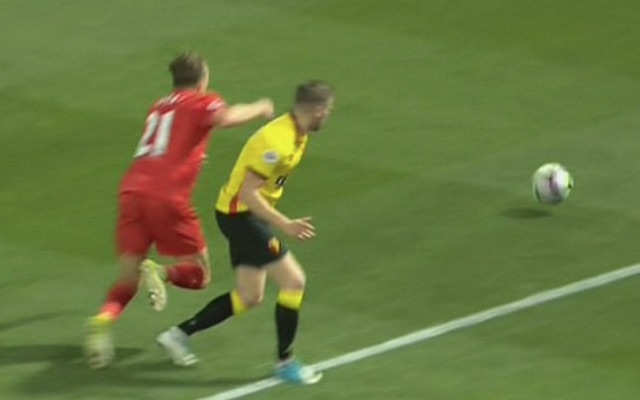 Lucas Leiva claimed an assist, setting up a truly stunning Emre Can bicycle kick, as Liverpool won 1-0 at Watford on Monday night.

However, the Brazilian international was also shown a yellow card in the televised Premier League clash, for this shameful dive.

SEE MORE: (Video) Emre Can has effectively won Goal of the Season thanks to this worldie in Watford vs Liverpool