Reports in Spain have suggested that Barcelona are preparing one final attack to complete the signing of Arsenal defender Hector Bellerin this summer.

The 22-year-old left the Catalan giants in 2011, and has since gone on to establish himself as a key figure for Arsene Wenger’s side in north London.

While he’s suffered a dip in form in recent weeks which has led to criticism from supporters, it doesn’t take too much away from the fact that he’s considered one of the top right-backs in the Premier League with the whole of his career still ahead of him.

Naturally though, speculation over a return to Barca won’t go away, and Mundo Deportivo report that the La Liga outfit have made Bellerin their primary objective this summer to finally solve their problems at right-back which haven’t been sorted out since Dani Alves left.

Further, they will start ‘definitive work’ to sign the defender, and their bid to re-sign him is boosted by the fact that if the Spanish international is to leave Arsenal, he would prefer to return to Barca rather than join any other club.

It’s added though that the major obstacle standing in the way of the transfer happening is Arsenal’s demands, as they will request a significant transfer fee if they are indeed convinced to sell, or if Bellerin himself pushes for a move.

The story even graced the front page of the print edition of the Spanish publication on Tuesday, as seen below, and so this really does feel as though Barcelona will make their biggest move yet to try and prise their former starlet back to the Nou Camp. 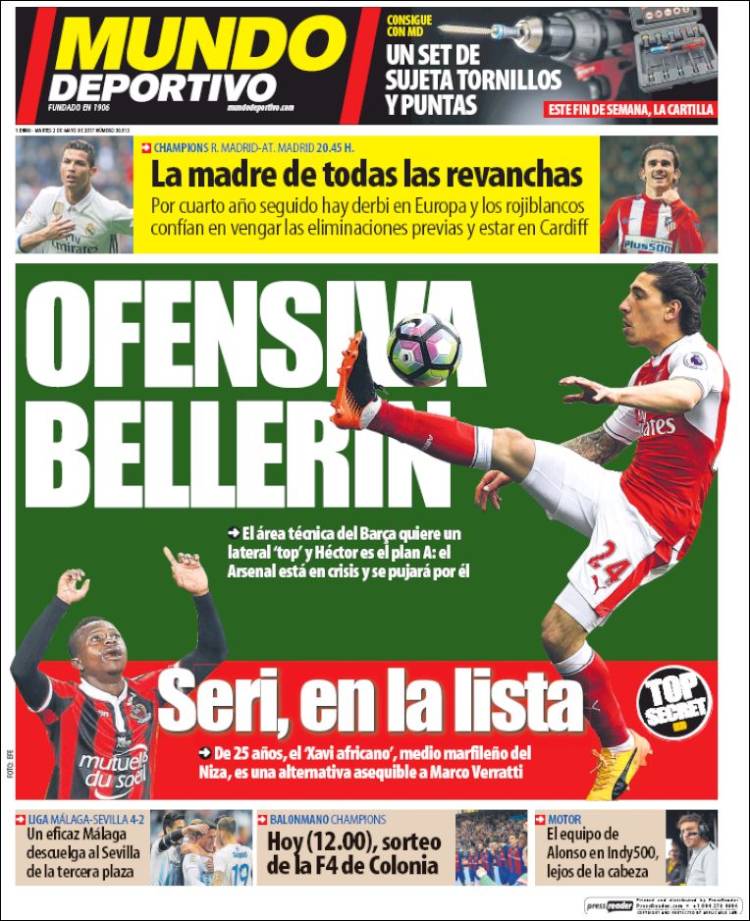