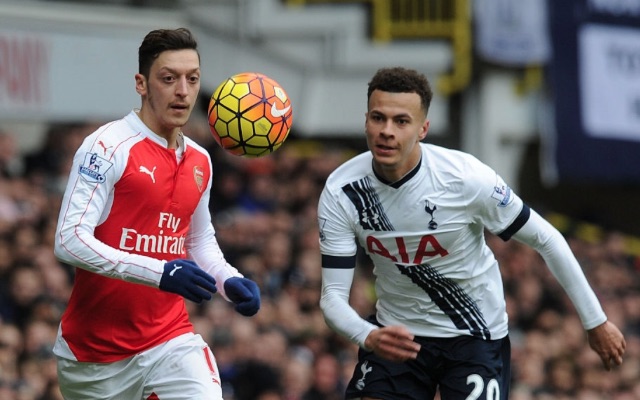 It had been reported by The Sun that Ozil had told O’Driscoll to “f*** off” after the German was selected first for a post-match drugs test after Sunday’s North London Derby defeat to Tottenham Hotspur.

A frustrated Ozil kicked a door at White Hart Lane following the 2-0 loss, but Wenger has denied that this had anything to do with being asked to provide a sample.

“I did not speak about it then because I only heard about it today. I don’t know what really happened but it is always good to get the player’s version.”

Ozil has every right to be frustrated with Arsenal’s performance against Spurs, including his own display.

The match was decided by Tottenham’s two main men as Harry Kane and Dele Alli scored goals to fire Tottenham to a deserved victory.

Meanwhile, Arsenal’s big-hitters, like Ozil and Alexis Sanchez, shrank and were practically invisible for much of the afternoon.

Ozil hasn’t had an awful season, but he has fallen way behind the standards previously set.

The 28-year-old made 19 assists last season, but has only provided six this term.