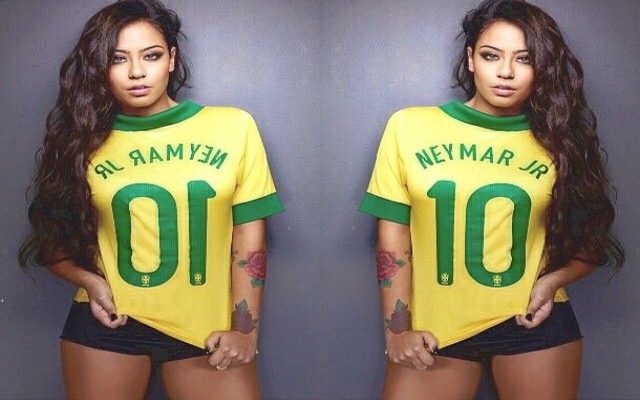 When Neymar checked his Instagram on Thursday, he probably wasn’t hoping to see his sister kissing his Brazil teammate Gabriel ‘Gabigol’ Barbosa.

However, that’s exactly what he saw when he checked his younger sister’s account, and that of the Inter forward, as Rafaella Beckran decided to share the little smooch with the world.

While she went for a more sophisticated black and white filter, Barbosa kept it standard with the colour image as it looks as though they’re enjoying the Barcelona sun with the Brazilian international visiting her in Spain.

It hasn’t been the best of seasons for ‘Gabigol’, as the 20-year-old has managed to make just eight appearances for the Nerazzurri in all competitions, scoring just one goal, which will be a major disappointment for him as he arrived in Europe to much fanfare.

In turn, while there’s question marks over his future in Milan, it appears as though the pieces are falling into place in his personal life as Brazil may well have a new power couple if their respective football and modelling careers reach the heady heights that they hope for…