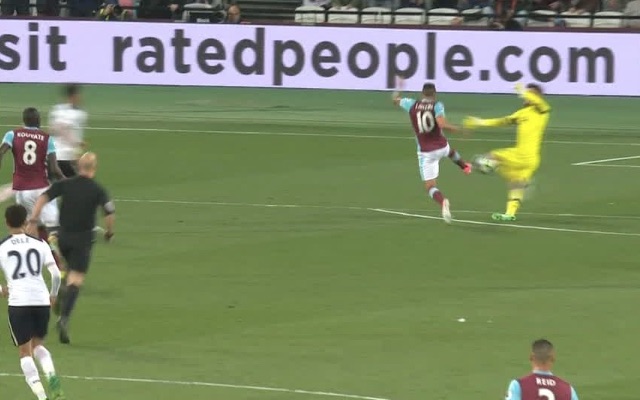 With Lanzini through on goal, Lloris charged out of his area and just managed to touch the ball away from the Argentine, before following through and leaving him on his backside.

West Ham screamed for a free kick and a red card for Lloris, with many believing that he had fouled Lanzini, while others seemed to think he had handled the ball outside of his area.

However, TV footage clearly shows that the ball came off Lloris’s knee, not his hand, so all clear on that charge.

And it can also be seen that the keeper just got the ball prior to his contact on Lanzini so, once again, no foul.

Even though he didn’t commit an offence, Lloris was very lucky. Had he been a split-second slower, referee Anthony Taylor would have had to send him off.