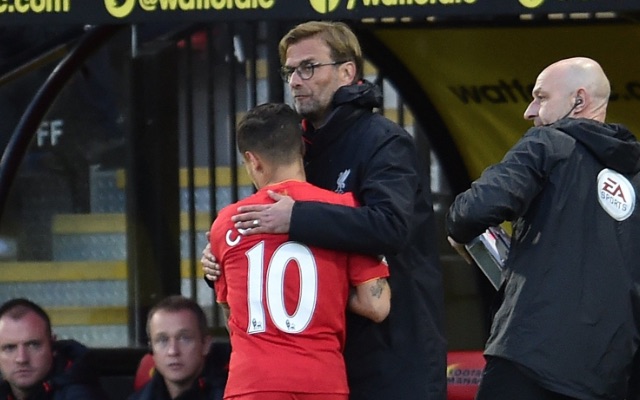 Spanish football expert Guillem Balague has insisted that Barcelona have no interest in signing Liverpool playmaker Philippe Coutinho this summer.

Speculation has long linked the Brazilian international with a move to the Nou Camp, while current Barcelona stars haven’t been shy in publicly discussing how he’d fit in well in their squad.

In contrast, Jurgen Klopp will be desperate to keep him at Anfield for the foreseeable future, and it appears as though the German tactician has received a major boost courtesy of Balague’s inside information.

Speaking in a Sky Sports Q&A session on Friday, as reported by the Liverpool Echo, Balague has revealed, much to the relief of many Liverpool supporters, that Barcelona aren’t pursuing a move for Coutinho this summer.

“It’s just moves the agents are making to try to convince Barcelona to move for him. But they do not want him.”

While on one hand, the ‘willing to go’ part is concerning, the fact that Barca aren’t keen on making a move will make that irrelevant as Liverpool won’t come under pressure from the Catalan giants and have to fend off their interest in a key cog in their current line-up.

There is still a long way to go before the summer transfer window even opens for business and so the situation can naturally change very quickly, but for the time being it appears as though Klopp can continue to plan for next season with Coutinho still part of his squad.

It’s been an up and down season for the former Inter star, but having now recently returned to top form prior to picking up a knock at Watford, he’ll be expected to play a major role in getting Liverpool back into the Champions League.