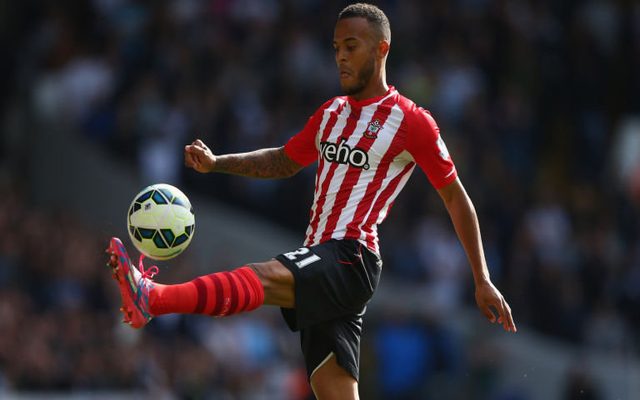 Former Liverpool star and Sky Sports pundit Phil Thompson believes that the Reds could be lining up another raid of Southampton this summer.

He could probably have picked a better time to come up with his transfer shortlist with the two sides facing each other at Anfield on Sunday afternoon, but he admits he enjoys winding up fellow panelist Matt Le Tissier over Liverpool’s continued interest in Saints players.

After signing the likes of Dejan Lovren, Nathaniel Clyne, Adam Lallana and Sadio Mane from St Mary’s in recent years, they’ve all gone on to play important roles at Anfield which in turn will undoubtedly leave Southampton supporters wondering what might have been had they been able to keep hold of them.

Instead, they arrive at Liverpool on Sunday with those individuals playing key roles in taking the Reds back to the Champions League, and Thompson has pinpointed three more of the current crop of Southampton stars that he wouldn’t mind seeing on Merseyside next season.

“Bertrand is one who would improve us,” he is quoted as saying by The Liverpool Echo. “James Milner has been nothing short of fantastic but he’s not a natural left-back.

“Bertrand is a good defender and he times his movement going forward particularly well.

“There might be a bit of interest as well in Romeu, who has had an excellent season and does exactly what it says on the tin. He’s a destroyer, he’s got a great attitude and passes the ball very well.

“I’d straight away say Van Dijk (should sign), who I have always rated. The way he plays the game would make him a perfect fit for a [Jurgen] Klopp team.”

There you have it. Thompson’s Southampton-dominated transfer shortlist for Liverpool this summer. It seems a bit harsh to just keep raiding the same club though Jurgen, perhaps mix it up a little and look elsewhere too aye…

All three signings would make perfect sense for Liverpool though in truth, with central defence, especially at left-back and midfield all needing reinforcements if the Reds are going to compete on various fronts as of next season.