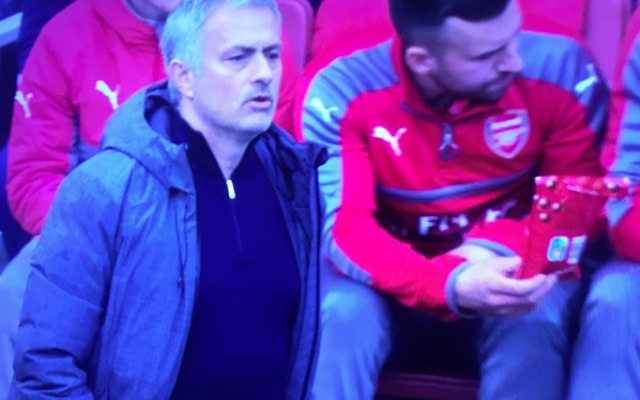 Earlier today we saw Liverpool left-back Alberto Moreno flipping a plastic bottle as he battled boredom on the Anfield subs’ bench during his side’s 0-0 draw with Southampton.

However, the mood on the Arsenal bench was much lively as the Gunners took on Manchester United in the day’s main game.

After goals from Granit Xhaka and Danny Welbeck had put Arsenal 2-0 up in the second half, a share bag of Maltesers was cracked open in celebration.

United had held their own in the first half, but they capitulated and conceded twice in the space of three minutes shortly after the break.