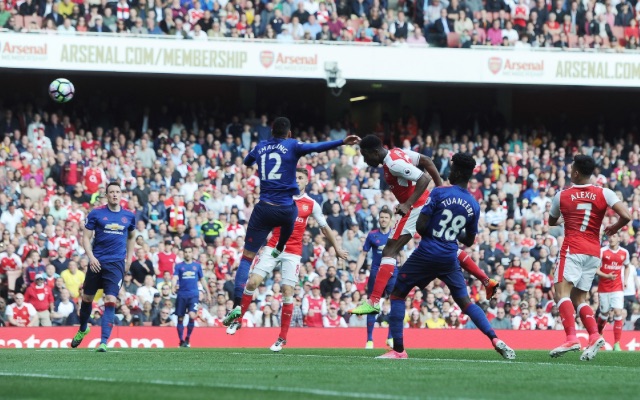 Many players choose not to celebrate when they score against their former teams.

Danny Welbeck is not one of those players.

The ex-United striker powered in a brilliant header as Arsenal beat the red half of Manchester 2-0 on Sunday.

His celebration routine wasn’t at all OTT, but he didn’t hold back.

It started with an understated Alan Shearer effort, but he added some personalisation to it with a trademark smile before blowing a kiss to the crowd and then sharing a special handshake with Alex Iwobi.

When asked after the match about his decision to celebrate, Welbeck told Sky Sports: “Obviously I grew up there [Manchester] so it’s a special place in my life but once we get on that pitch, it’s business and we just try and get the points for the team.”

Welbeck, who scored 29 senior goals during his United career, has now netted in each of his last three Arsenal games against his old club.