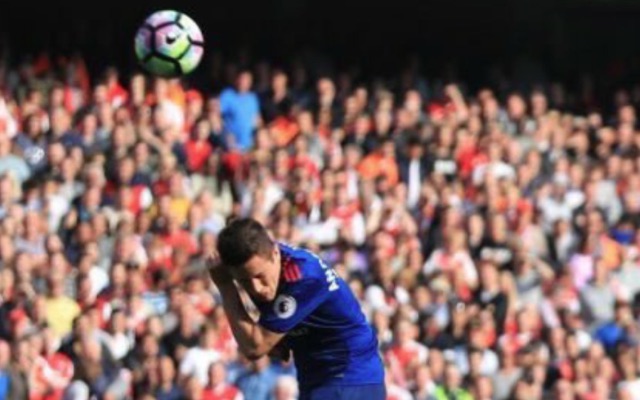 However, the Red Devils were finally undone in the second half when a deflected Granit Xhaka pot-shot looped over United goalkeeper David de Gea, having taken a huge deflection off Ander Herrera.

Commentating for Sky Sports, legendary ex-United captain Gary Neville blamed Herrera for the goal, suggesting that he should have allowed the ball to hit him on the chin, instead of turning his back.

Is Neville right to have a go at Herrera? Was his cowardice to blame for Arsenal’s opener?

Or should De Gea have done better? Let us know what you think in the comments.

Having held their own for much of the match, United fell apart after the first goal and eventually lost 2-0, with Danny Welbeck grabbing a deserved second.