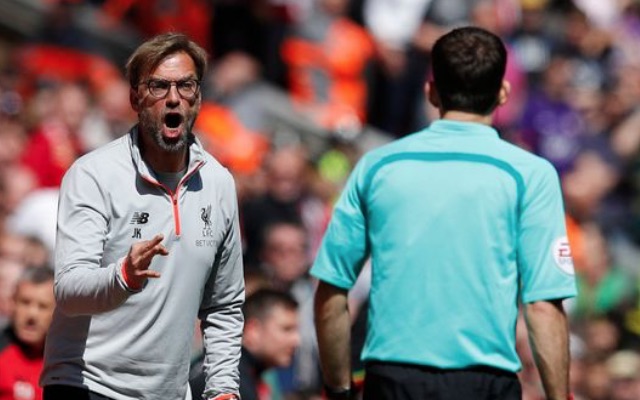 At one point, the peroxide beach bum turned great Australian cricketer, Shane Warne, made a observation about England spinner Monty Panesar. You see, Monty was bowling a lot of cricket balls without getting any success. Warne came to the conclusion that Panesar ”bowled the same ball again and again for 60 overs”. The general hint was that some kind of variety might provoke a different result, or, at least, ask some different questions of the batsmen. Even if the pitch was dry…

It would be easy for all those self-proclaimed experts or “Einsteins”, as Jose Mourinho calls them, to proffer advice to Jurgen Klopp on his team’s inability to change the record for more than 60 minutes against Southampton. But to the naked eye, it was pretty obvious that this game was, to stick to cricket parlance, being played like it was the first session of a five-day Test match rather than a colourful T20 thrill-a-minute fiesta of three hours.

Liverpool have lost their thrust at home, both in personnel but also in their method, and are having to rely on scraping wins away to keep the Champions League dream alive. Looking beyond the long-term loss of Mane, Henderson and Lallana, it appears that the manager has become overly concerned with a defensive set-up when the match situation is screaming for more intent.

This is not heavy-metal football. This is “you have it, no, you have it” football. It goes nowhere fast and drains the lifeblood out of an atmosphere that even Klopp isn’t trying to lift anymore. Before the game, the German was talking about expectations from the stadium. “Our plan for Sunday is to use Anfield. For some it’s a nervy situation, but we need to be brave, enjoy the game and use the crowd. “I understand absolutely that people are getting nervous.”

Enjoy the game? Who was enjoying the game? Liverpool players looked truly traumatised at the prospect of breaking down a team that has kept four clean sheets against them all season. The electric charge that was required was short-circuited well before the first ball was kicked, and there was more entertainment to be had in observing Klopp’s ever-increasing stress levels.

One can almost sense the internal groans of the Kop when the Liverpool teamsheet is announced an hour before kick-off. “Orig, Wijnaldum, Lucas, Can…” Sigh. Eyes are almost immediately drawn to the substitutes bench, full of vim, but unreliable, injury-prone and, in many cases, unproven. Life is never dull with Moreno, Sturridge and Marko Grujic, but can they be trusted? Nope is the message. They are banished until there is no time to worry about chucking them on as a last roll of the dice. Funnily enough, Grujic almost pulled it off with a late header that Fraser Forster clawed over. Moreno missed an open goal from 40 yards against West Brom. Game intelligence may not always be there with youth but an injection of verve is sometimes all it takes.

The element of risk appears to have gone from the Liverpool attack and therefore, the engagement between support and team suffers. This is not the same as pouring forward when 3-1 up against Bournemouth only to lose 4-3. But why, when 2-1 up in the return fixture, did Klopp invite the Cherries on by turning to a back three? Joshua King’s late equaliser last month has been the catalyst for more nerve-shredding home performances since that is threatening to scupper top four ambitions.

The expectation that a goal is around the corner is just non-existent unless the Brazilians (or a German) can come up with a bit of magic. Those “Einsteins” who constantly demand that Divock Origi is a statue and Sturridge must start do have a point, only in the sense that it lifts the crowd. The latter is always thinking about a direct route to goal, no matter how selfish or skew-whiff his shooting seems. His cameo against Watford was a case in point. It excites. It raises heart rates in the right way.

So is Klopp just stubborn in his insistence on not thrusting anything different into his trusted system? Starting Woodburn and Trent-Arnold against Stoke was bold. However, it was a boldness brought on by overprotectionism of his eventual match-winners.

How do they say “My way or the highway” in German? It could be that if the 49-year-old continues with this conservative battalion of tried and trusted troops who can be relied upon to roll their sleeves up but very little else, then the route to the Champions League autobahn may be held up on a suspension bridge that is almost too difficult to bear for the faithful.