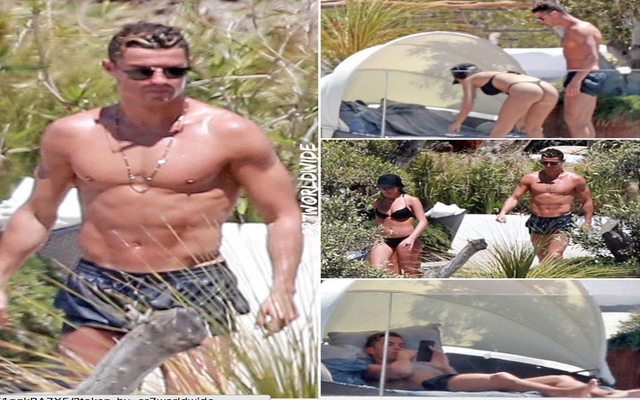 Life is good for Cristiano Ronaldo right now. The Real Madrid star is still on course to win another La Liga title and Champions League with decisive games coming up.

Madrid hold a healthy advantage over Atletico Madrid ahead of their second leg Champions League semi-finals clash after a Ronaldo hat-trick in the first leg.

Further, they sit level with Barcelona at the top of the league table, although they have a game in hand on the Catalan giants and so the advantage is with them there too.

With 35 goals and 12 assists in 41 appearances in all competitions this season, Ronaldo has been pivotal again, and what better way to gear up for the final few weeks of an important season than a sun-soaked trip to Ibiza with the missus.

While his teammates were thrashing Granada at the weekend, here Ronaldo is with the other half sunning it up in Ibiza.

As per TMZ, the pair jetted off in a private jet to take time out at a luxury resort with Georgina Rodriguez making the headlines in particular.

Life really is good for the 32-year-old…

#cristianoronaldo and #georginarodriguez in #Ibiza #spain over the weekend #Ronaldo #cr7