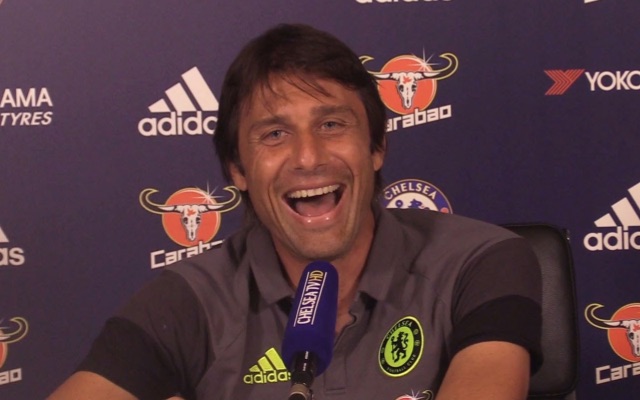 As the football season approaches its anti-climactic finish, and with Chelsea about to take the title for the 6th time, Jose Mourinho thinks Chelsea are a great defensive team. That’s ‘Jose speak’ for a team that parks the bus and counter-attacks. Pot, kettle, black.

Arsene Wenger has just recently said Chelsea are boring because they don’t have enough possession and he too cites counter-attacking football as a negative. No doubt Jermaine Jenas is still crying over the injustice of Tottenham’s failure to beat Chelsea in the FA Cup semi-final. After all Spurs did dominate the ball, how could they have lost!? Bad Chelsea.

I might be wrong, but I’m sensing ‘Mr Jealousy and Mrs Sour Grapes’ rearing their ugly heads.

When Chelsea won the Champions League back in 2012, they were called the luckiest ever winners of the competition. Lucky!! Are you sure? They beat a German team… in their own ground… on Penalties. Everything else Chelsea Football Club have ever won, as we know, has been the result of Roman Abramovich’s vast fortune. Oh dear, I’m getting paranoid again.

With three games to go, is it possible for the league’s top scorers to be boring? Our old friend Jose’s Manchester United have drawn 14 of their 35 games so far, scintillating. They’ve only scored 51 goals and conceded 27. Arsenal still pass sides to death, and have the ball more. The two games between Chelsea and Arsenal saw a 48%-52% split in possession. A massive 4% difference. Well done you.

As for the others, free-flowing ‘media darlings’ Liverpool have failed to live up to their early season form, as have Pep Guardiola’s Manchester City. The only true challengers to Chelsea’s ‘laborious’ attempt to win the league are, slightly painful to say, Spurs. Like Chelsea, in my humble opinion, they have played consistent good football all season. The top two really are the top two.

I think it’s relevant that the two managers of those teams are both young, in manager terms. They speak very well, they say the right things. In post-match interviews, they don’t criticise referees, the opposition or look for excuses. They have a humility that, let’s say, some of the more experienced managers don’t have. You know who I’m talking about.

Personally, I like Chelsea’s current style of play and, if I’m honest, I like Tottenham’s too. How can anyone, apart from Wenger, not have enjoyed Eden Hazard turning circles around the Arsenal defence in the 3-1 victory a while back?

The Blues first goal away at West Ham recently took 11 seconds from Kante’s interception, just outside Chelsea’s penalty area, to Hazard slotting the ball home. From kick-off to ball hitting the back of the net against United took 30 seconds… I’m nodding off just thinking about it.

If Chelsea go on to take the title at West Bromwich Albion this Friday night, it will be the fifth time they have picked up the trophy since Arsenal have.

United, although not ripping up trees, still win titles. Should Chelsea fail to beat WBA on Friday night, the attention will turn to White Hart Lane on Sunday when, specialists in draws, United and Mourinho will have the chance to hand the title to Chelsea if they can take anything from the game. Now wouldn’t Jose love that.