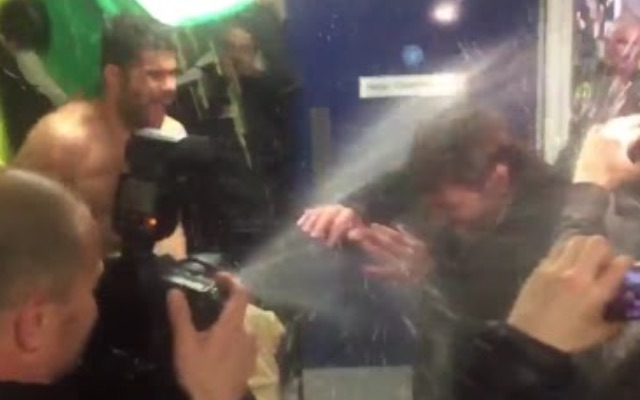 Antonio Conte’s having a party, whether he wants one or not!

The Chelsea manager was drenched in champagne by his players on Friday night after a 1-0 win at West Bromwich Albion sealed the Premier League title.

An Instagram video originally posted by Nathaniel Chalobah allowed fans to watch the boozy scenes from inside the away dressing room at the Hawthorns.

A semi-naked Diego Costa appeared to be in charge of Operation Soak Conte, while the majority of his teammates opted to play the role of cameramen on their mobile phones.