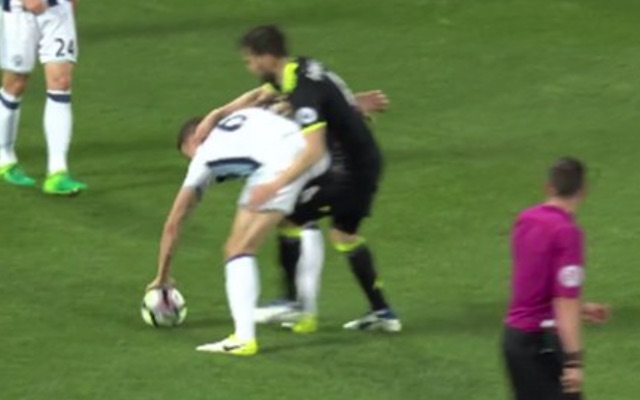 Chelsea won the Premier League courtesy of their 1-0 win at West Bromwich Albion on Friday night, so the majority of the post-game fallout naturally centred around Antonio Conte and his side’s achievement.

Therefore, this incredible incident got less attention than it warranted.

Yep, you saw that right!

Baggies defender Jonny Evans backed into Cesc Fabregas, slapped the ball firmly with his left hand and then rolled away from the Chelsea midfielder.

Amazingly, referee Michael Oliver was just a few metres away from this, but failed to award Chelsea a free kick.