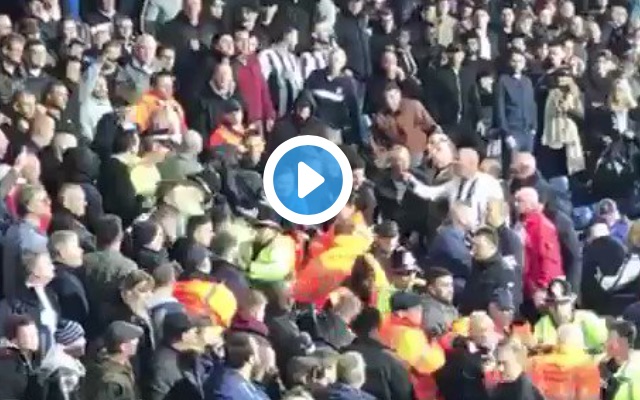 Friday night’s game at West Bromwich Albion was a huge match for Chelsea as they had the chance to win the league with a victory.

With so much at stake, and with less than 3,000 tickets allocated for Blues supporters, many Chelsea fans ended up sitting among the West Brom faithful in the home end.

This caused very few problems until Chelsea scored an 82nd-winner, at which point hoards of undercover away fans jumped up to celebrate.

As expected, this caused a bit of aggro and the stewards ultimately piled in to prevent World War III.