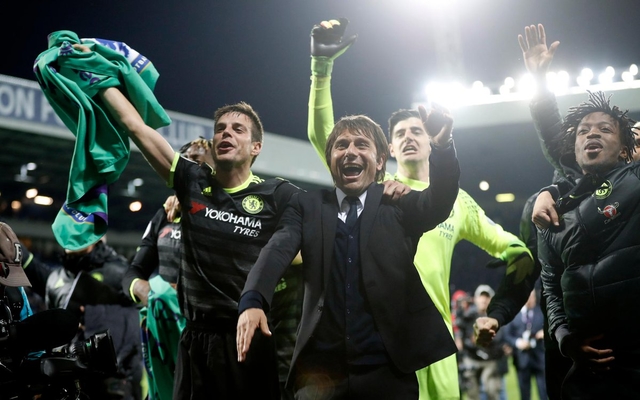 With their win over West Bromwich Albion, the Blues reclaimed the trophy and will now look to strengthen further this summer ahead of their return to the Champions League.

However, they’ve certainly got a strong base to build on, provided that this group all stays at Stamford Bridge, with many putting an awful campaign last year behind them to show their truth worth.

Coupled with some crucial summer signings, it has been an incredible year for Chelsea who looked way off being title contenders in September when they suffered back-to-back defeats to Arsenal and Liverpool.

Fast forward to May though, and here we are with the trophy heading to Stamford Bridge on the last day of the season when they face Sunderland on May 21.

Le Tissier has evidently been impressed across the board with the players at Conte’s disposal, as noted in his Sky Sports feature, but only N’Golo Kante and Eden Hazard get a 9.5/10, as both have played pivotal roles in Chelsea’s success this season through being a tenacious and commanding presence in midfield to adding creativity and quality in the final third respectively.

Cesar Azpilicueta has been an ever-present alongside Gary Cahill, while combined with Marcos Alonso and David Luiz, they have been hugely impressive in the backline with Victor Moses arguably deserving a 9/10 too.

Diego Costa’s goals have been essential, while although he’s been limited this season in terms of starts and overall minutes, Cesc Fabregas has been massive for Chelsea with his assists and overall creative play in midfield and he deserves his 9/10 too.

All in all, it’s been a memorable year for Chelsea, and provided Conte and his players stay, it could be the start of a major project.