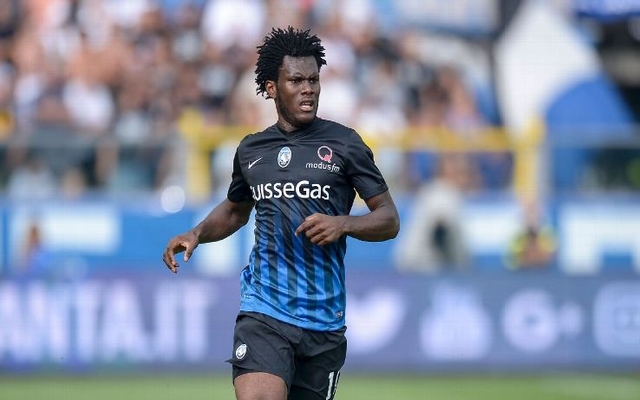 AC Milan are reportedly closing in on the signing of Atalanta midfielder Franck Kessie as Vincenzo Montella eyes key reinforcements this summer.

The 20-year-old has had an impressive season this year, scoring seven goals and providing four assists in 29 appearances as he’s played an important role in getting La Dea into Europe next season.

However, it appears as though he won’t be around next year to help them build on this season as La Gazzetta dello Sport, as reported by Football Italia, claim he is ‘close’ to signing for the Rossoneri.

His performances have attracted interest from across Europe as his all-action, box-to-box style, energy and tenacity coupled with his eye for goal have made him a real stand-out talent and it looks as though Milan are leading the race to land his signature this summer.

Meanwhile, there is also some negative news as Gazza Mercato report that Suso could be set to move on this summer amid problems over his contract extension talks.

The Spaniard has been an important figure for Milan this season, scoring seven goals and providing 11 assists in 36 appearances. However, with his contract set to expire next summer, there are question marks over whether or not he will stay at the San Siro.

The report claims that Napoli are ready to snatch him away from Milan with fears growing at the San Siro that he could leave, but much will likely depend on how the club strengthen this summer and prove that they have ambitions of getting back into the top three in Serie A.

Signing Kessie would be a major boost for all concerned, and it’s been widely suggested that he will just be one of many new faces at Milanello this summer with Yonghong Li and the new hierarchy ready to strengthen the squad as they remain hopeful of qualifying for the Europa League too.