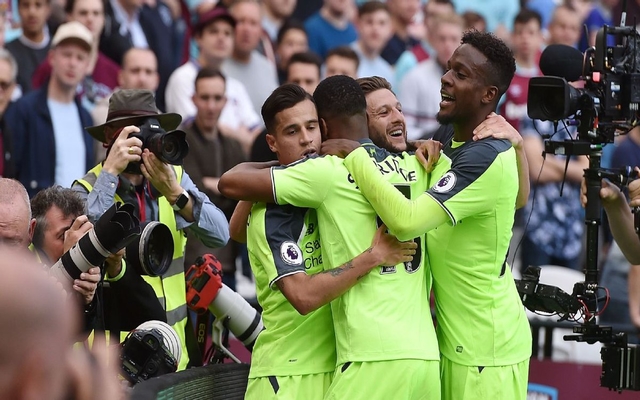 Liverpool wrapped up a comprehensive 4-0 win over West Ham United at the Olympic Stadium on Sunday, putting one foot into the Champions League next season.

Goals from Daniel Sturridge, Philippe Coutinho (2) and Divock Origi sealed the victory for Jurgen Klopp’s men, as they enjoyed a timely goal glut having been left desperately frustrated last weekend when held by Southampton.

It was a completely different story this time round as they were clinical in the final third and saw off West Ham as Liverpool now move back up to third in the Premier League table.

Importantly, they’ve opened up a four-point lead over Arsenal again with the Gunners having a game in hand. However, with Middlesbrough at home being their last game of the season next Sunday, it looks as though the Reds have passed the difficult test to reach their objective.

Sturridge was handed a surprise start but scored a wonderful goal, while it was the magic of Coutinho who made the difference as he produced a stunning assist for the first goal before scoring two classy goals himself.

In turn, the Brazilian international was a worthy Man of the Match, and he’ll hope to be influential again next weekend in breaking Boro down to secure a top-four finish for Liverpool and of course with it qualification for the Champions League.