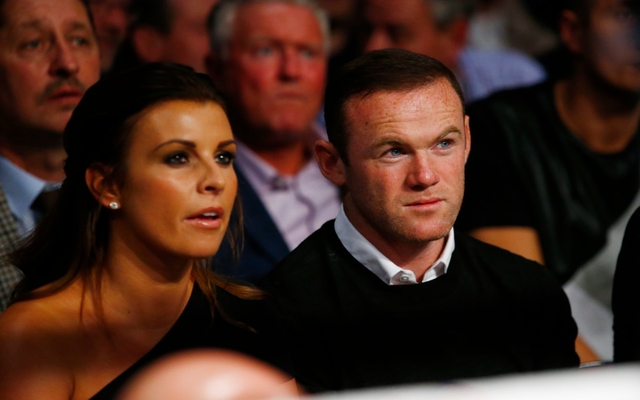 Man Utd forward Wayne Rooney reportedly blew £500,000 at a Manchester casino over the weekend, and his wife Coleen has been left far from impressed.

The initial report was offered by The Sun, as they claimed to have onlookers comment on the United forward’s gambling binge while others noted he was drinking bottles of beer too.

It all seems a little far-fetched given he featured, and scored, against Tottenham on Sunday, but The Daily Star have come up with an update on Monday by doubling down on the claim with a fresh report claiming that Coleen is furious and is ready to block a potential move to China this summer to avoid seeing her hubby throw away more money.

The report notes that Rooney has been offered a £1m-a-week contract to play in the Chinese Super League next year, as his time at Old Trafford looks to be coming to an end having been forced to accept a lesser role at United under Jose Mourinho this season.

It’s suggested though that Coleen will not allow the move to China to happen if she feels that there is a major risk that Rooney will gamble away too much money and it becomes a serious problem for him and the family.

Having been reported that Rooney lost up to £4,000 a minute in his gambling spree at the weekend, it’s a pretty risky situation already. Putting talk of a money-spinning move to China aside, perhaps someone needs to have a word with the England international now before it goes too far…that’s if, and a big if, the reports are true and the level of money lost is genuine.