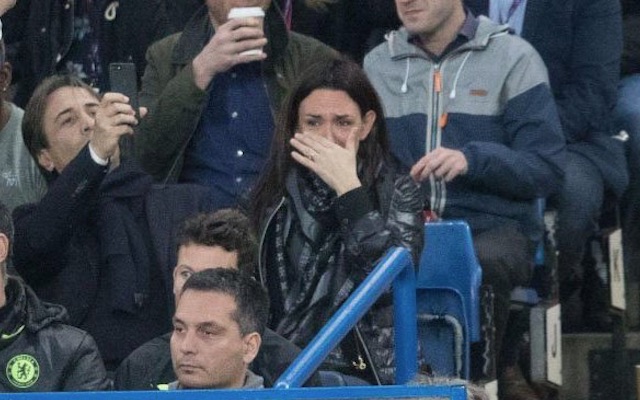 Chelsea fans were in a jubilant mood on Monday night as the Blues kicked off as 2016-17 Premier League champions for the first time.

Their game against Watford was effectively a dead rubber, but that didn’t stop the two teams playing out a classic, which Chelsea edged 4-3.

But this occasion wasn’t really about the result.

It was more of a proud homecoming after Friday evening’s title triumph at West Brom.

Chelsea fans showed their gratitude to the players with many loud choruses from the stands.

However, it was manager Antonio Conte who received the majority of the adulation.

The chant Chelsea fans have for Conte isn’t at all creative, but even ‘Antonio, Antonio’ sounds brilliant when it’s blasted out by more than 30,000 supporters in unison.

#CHEWAT 1’00 in & Conte applauds the chorus of “Antonio, Antonio” as does his wife who is in tears. Homecoming? pic.twitter.com/I7CnRWTSKI

It all got a bit too much for Conte’s wife Elisabetta, who was seen blubbering in the stands after witnessing Stamford Bridge’s display of affection for her husband.