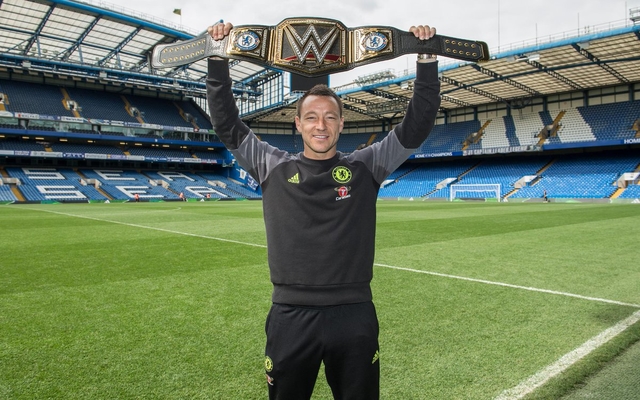 John Terry and Triple H. Bet you never thought you’d see those two mentioned in the same story did you.

It’s not everyday that you get congratulated on your achievements by a WWE legend, but that’s exactly what Chelsea ace Terry got on Saturday.

The defensive stalwart will lift the Premier League trophy this weekend before leaving Stamford Bridge this summer, marking the end of a glittering career as he has firmly established himself as a Blues icon.

However, as if all the records, trophies and memories weren’t enough, this just tops the lot as Triple H has gotten in on the act and congratulated him and the club on their achievements this season.

Naturally, as a die-hard West Ham United fan it would have been difficult for the 47-year-old to come to terms with it. Never fear Hammers fans though, as he addressed it with a follow up tweet insisting that you just never quite know what will happen next season, hinting at a West Ham cinderella story.

Congratulations to John Terry and @ChelseaFC on winning the @PremierLeague! pic.twitter.com/22G7R32emY

Congratulations again @ChelseaFC … but anything can happen next season. ?

As much as we want to get on board with the man formerly known as the great Hunter Hearst Helmsley, we have to be honest with ourselves here and say that it’s pretty unlikely.

Nevertheless, it’s a nice touch from the WWE chief to present Terry with a customised Chelsea title belt, and on the basis of the photo of the former England international, he’s absolutely loving it.