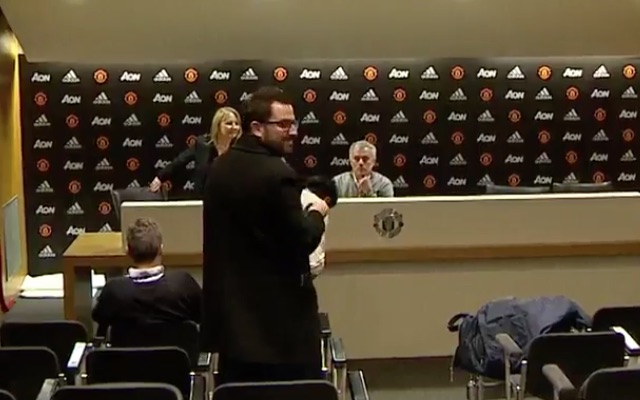 Jose Mourinho was box office entertainment not too long ago, but interest in the Manchester United manager was at an all-time low after Sunday’s 2-0 win over Crystal Palace.

Mourinho’s post-match press conference. Have we shifted to a parallel universe? Definition of irrelevant. pic.twitter.com/Px5Diqef83

Just a handful of journalists were seated in the media theatre as Mourinho entered for the post-match press conference, which was over before it had begun because nobody could be arsed to ask a question.

The game itself was a bit of a non-event – other than a debut goal for 21-year-old Josh Harrop and a subs-bench dab-fest from Paul Pogba – as Mourinho rested several key stars in anticipation for Wednesday’s Europa League final against Ajax.

Mourinho seemed pleased at not having to face any questions, muttering “good” after being snubbed by the reporters in the room.

Surely one of them could have asked a question!? Anything…

How do you like your Brexit? Hard, soft or red white and blue?