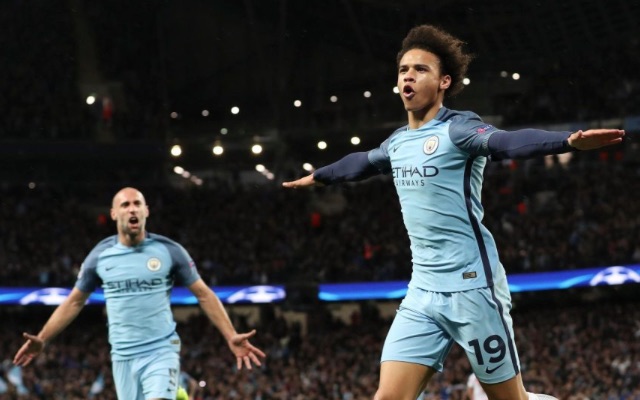 Football fans were left shocked on Sunday evening after Leroy Sane removed his Manchester City shirt to reveal a large tattoo of himself.

City thrashed Watford 5-0 to secure third place and end the Premier League season on a high at Vicarage Road.

Sane didn’t get on the scoresheet, which was decorated with goals from Vincent Kompany, Fernandinho, Gabriel Jesus and two by Sergio Aguero.

However, Sane did provide one assist in an impressive 62-minute display.

After the game, Sane, who had been substituted, returned to the field to shake hands and swap shirts.

It was at this point that he unveiled his incredible ink.

There is no doubt that Sane’s tattoo is impressive, but is it a bit narcissistic?

Leroy Sane, tattoo of himself scoring a tap in for City against Monaco. Lost the second leg and went out. #sane #leroyinsane #pl #Mcfc ? pic.twitter.com/RE5fqwXtkj

It seems the tattoo depicts Sane celebrating his goal against Monaco in this season’s Champions League last-16 tie, which City lost over two legs.

after some thorough investigationing — Leroy Sane’s tattoo is of him scoring against Monaco pic.twitter.com/oQNHTU6bHm

Has Leroy Sane got a tattoo of himself celebrating on his back?! #InSane pic.twitter.com/eXv1OadwVi