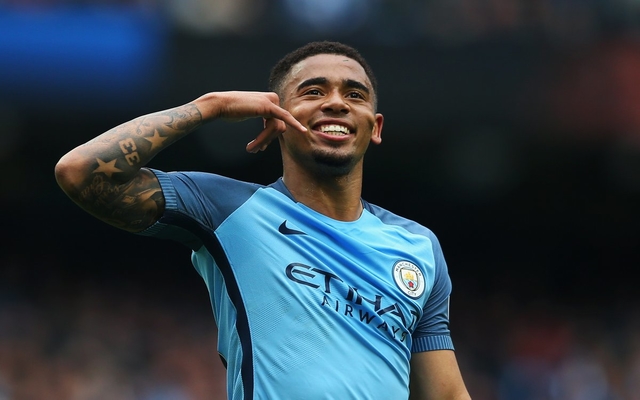 Man City have got themselves a star in Gabriel Jesus, as the Brazilian ace bagged his seventh goal in eight starts for Pep Guardiola’s side against Watford.

In truth, it was a miserable and embarrassing day for the hosts at Vicarage Road, with Walter Mazzarri certainly not leaving with fond memories of his last game in charge.

However, in complete contrast it was just the performance that Guardiola would have wanted from his players as they secured third spot in the Premier League table and avoid the Champions League playoff round.

While they’ll be expected to kick on next season and challenge for the title and major trophies, Jesus looks like he’s certainly the man to lead them there as he continues to dazzle in his first season in England.

With seven goals in eight starts this year, he’ll be looking to make himself the first choice up top next season and with Guardiola overseeing his progress, it will undoubtedly see him develop into an even better player.