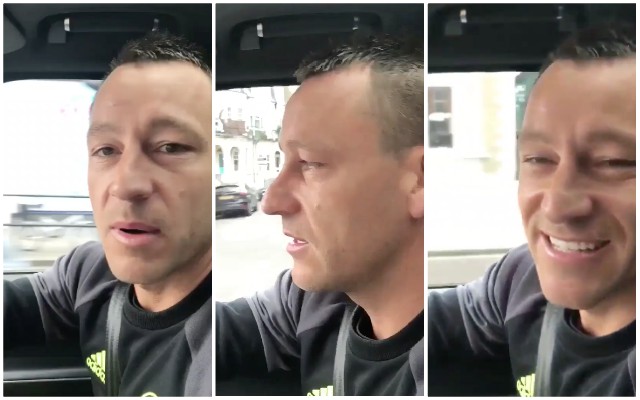 Chelsea captain John Terry will say goodbye to Stamford Bridge this afternoon after playing his final game for Chelsea FC.

However, he has already recorded an emotional farewell message to Blues supporters.

Terry was filmed by a friend driving to the Chelsea stadium on Sunday afternoon.

John Terry has one last message for his fans ?? pic.twitter.com/YjGcStkQ2t

Addressing the fans, Terry said: “Hearing you sing my name has made me feel like the best defender in the world at times.”

The 36-year-old club captain has been on the Chelsea books since the age of 14, but he will move on this summer when his contract expires next month.

Terry’s final act as a Chelsea player will be to lift the Premier League trophy after his side’s final game of the season – a home match against Sunderland.