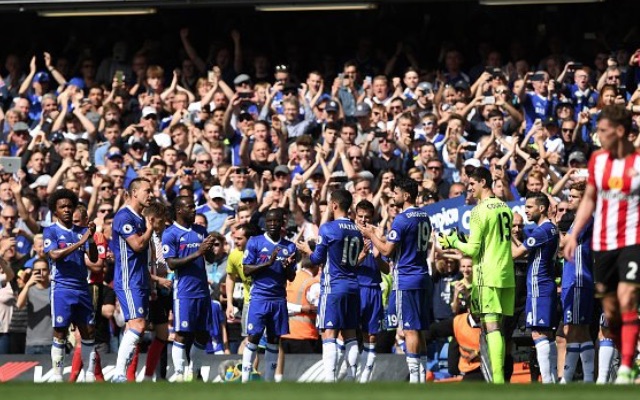 With the clock showing 26 minutes, Chelsea decided to sub off their iconic no.26, who left the field to a guard of honour.

Thirty-six-year-old Terry, who has been at the club since the age of 14, absolutely deserves a grand sendoff, but to hijack a Premier League fixture is horribly arrogant and self-indulgent on Chelsea’s part.

JT given a guard of honour as he comes off in the 26th minute… #CFC pic.twitter.com/K9EcFqVRTh

Also, is it not a bit embarrassing for Terry to be taken off midway through the first half?

We all know he’s past his best, but surely JT could have been trusted to stay on and do a job against Sunderland.

Taking him off with 26 minutes remaining instead and saving the hugs and kisses for after the final whistle would have been much better.