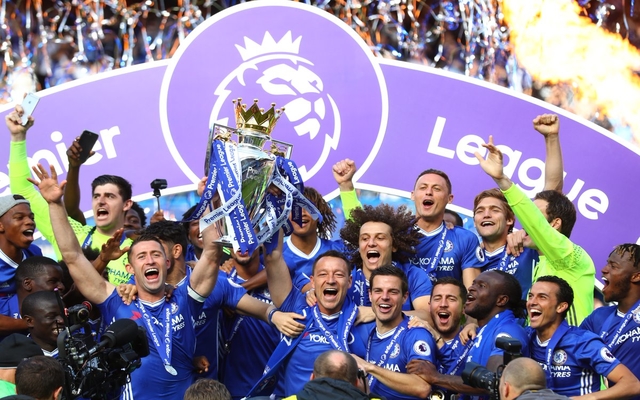 Chelsea lifted the Premier League trophy on Sunday as Antonio Conte and his players celebrated being crowned champions at Stamford Bridge.

Having rounded off the season with a 5-1 win over Sunderland, the Blues were presented with the trophy and their medals after the full-time whistle as supporters stayed behind to celebrate with the coaching staff and players.

The Premier League trophy is back where it belongs! #ChelseaChampions pic.twitter.com/AVWkXKcvEg

John Terry and Gary Cahill shared the honours of lifting the trophy with the former of course bidding farewell to Chelsea as he will move on this summer.

However, an eagle-eyed watcher managed to spot a hilarious moment prior to that as Diego Costa went up to receive an ovation from the Chelsea faithful and receive his winners medal.

Unfortunately for the poor Premier League representative handing out the medals, he saw his efforts to get a handshake off the Spaniard brutally ignored as he was forced to play it cool and pretend like it just never happened.

Sadly for him, the world was watching and a fair few would have probably picked up on it. Never mind aye, guess we can all forgive Costa as he took in the reception and missed the gesture.