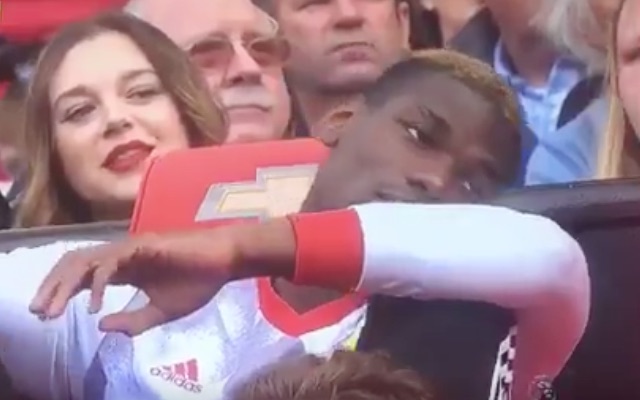 Manchester United star Paul Pogba was given the second half off against Crystal Palace as manager Jose Mourinho withdrew him from Sunday’s 2-0 win to allow him to rest ahead of Wednesday night’s Europa League final clash with Ajax.

However, rest was the last thing on Pogba’s mind as he took his place on the United subs bench.

Pogba made good use of his 45 minutes on the sidelines as he rehearsed his dab, presumably with a view to nailing his trademark dance at next week’s Europa League Final afterparty.

Although he was only on the pitch for 45 minutes, Pogba was a solid candidate for Man of the Match against Palace.

The Frenchman set up Josh Harrop for the game’s first goal, before scoring the second himself.