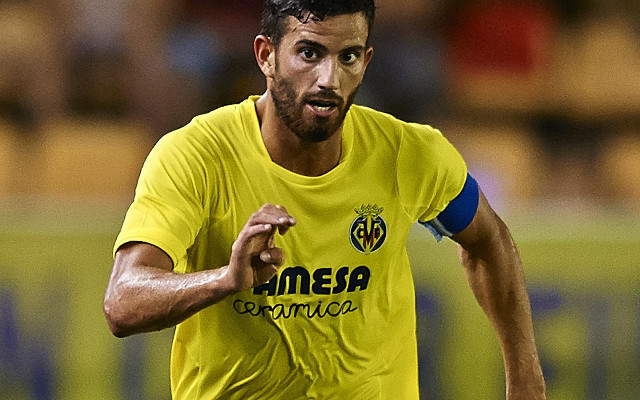 AC Milan are seemingly edging closer to the signing of Villarreal defender Mateo Musacchio after he was spotted in the city attending a medical.

The 26-year-old has long been linked with a move to the San Siro, and it appears as though it’s finally happening this summer as the Rossoneri move quickly to bolster Vincenzo Montella’s squad ahead of an important summer.

As reported by La Gazzetta dello Sport, Musacchio was seen at Milan’s ‘La Madonnina’ clinic at around 6.45am ahead of his medical to sign off on the final details ahead of an €18m move to join the Italian giants, while Milan later shared this video to confirm the report.

Further, it’s added that he will sign a four-year deal and official confirmation of the move is likely to arrive in the coming days as Milan face Cagliari in their final Serie A game of the season on Sunday having already booked their place in the Europa League qualifiers.

Adding Musacchio to be the long-term defensive partner for Alessio Romagnoli is a smart move, but supporters will have to wait a little longer before the first major summer signing is announced.

Meanwhile, it sounds as though Keisuke Honda’s brilliant free-kick in the 3-0 win over Bologna on Sunday will be a parting gift to the club as he bid farewell to Milan on Monday.

The 30-year-old has struggled for playing time this season and with his contract coming to an end, he has confirmed that he will move on this summer and look for a new challenge.

“My dear fans, thank you,” Honda wrote in a message published by Kyodo News. These have been three-and-a-half challenging years, but because of that I’ve grown as a person.

“I’m going to leave Milan after this season, but I hope to see you again. Maybe then I won’t be a player anymore, who knows how we’ll see each other again?

“I’ll continue to work hard every day to achieve my objectives. Forza Milan!”

His exit will undoubtedly help the wage bill and make space in the squad for a new arrival, with Montella ready to really stamp his mark on the group in the coming months.