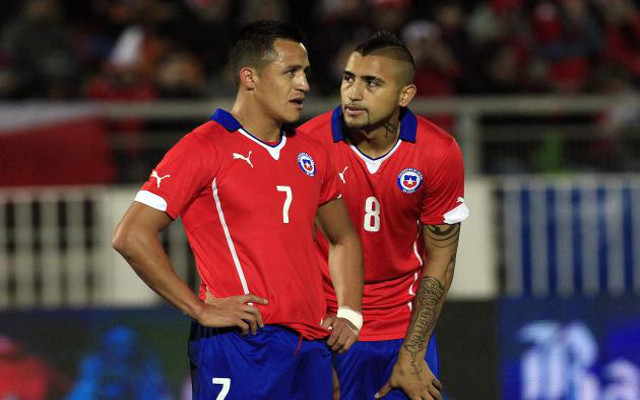 The pair of course know each other well with their international ties playing for Chile, but it appears as though Vidal wants to make their link up a more regular feature of the season with a Sanchez move to Bavaria.

According to The Sun, the 29-year-old is pushing the Bayern board to do whatever is necessary to snap up Sanchez, who is being heavily linked with a departure from the Emirates this summer.

With just over 12 months remaining on his contract with Arsenal, coupled with their failure to qualify for the Champions League next season, there are many reasons to be concerned for the Gunners faithful in their attempt to keep their star man.

Having scored 29 goals and provided 19 assists in 50 appearances in all competitions this season, he’s proven to be an integral part of Arsenal’s team, but it sounds as though Vidal will do his part to try and get Bayern to swoop and reunite the pair in Germany this summer.

Meanwhile, another player who could be heading for the exit door is goalkeeper David Ospina, as The Mirror report that the back-up star is in talks with Fenerbahce ahead of a £5m move.

Having been forced to act as cover to Petr Cech for the most part this season, the Colombian international is said to be desperate for regular playing time and that in turn has forced him to consider his options elsewhere.

It does present Arsene Wenger with a different headache though as he’ll have to juggle Cech and a possible return for Wojciech Szczesny next season, while the report goes on to link Arsenal with a move for either Jack Butland or Jordan Pickford to further complicate the situation.