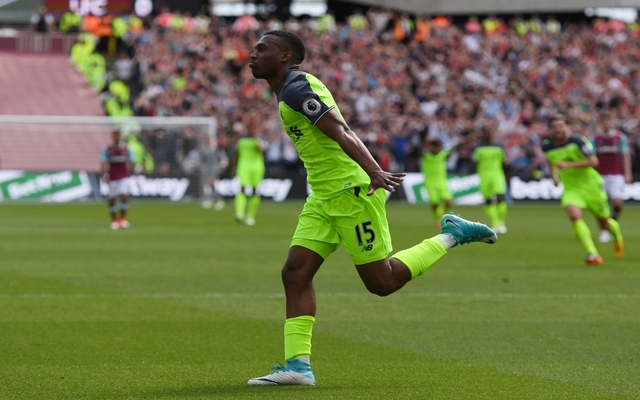 Liverpool striker Daniel Sturridge has insisted that he wants to stay at Anfield, but it will be down to the club to decide on his future.

The 27-year-old has continued to struggle with injuries again this season, limiting him to just 27 appearances in all competitions where he has managed seven goals and three assists.

Not fitting into Jurgen Klopp’s system and plans has also been a problem, but having played an important role at the end of the season to get the Reds over the line to qualify for the Champions League, it has raised the debate over whether or not he has a future with Liverpool.

Nevertheless, Sturridge seemingly isn’t taking on the weight of all that questioning as he has simply insisted that it will be the club’s decision as to whether or not he’s still on Merseyside next season.

“That is for the club to decide. For myself I am enjoying my football. My job is to go on the pitch and put my best foot forward,” he is quoted as saying by The Express.

“There is nothing to discuss really. I have two years left on my deal and I am happy here. I would have liked to have played more but I am grateful to the club for the opportunities and the manager [Jurgen Klopp] has been really nice to me.”

With Liverpool looking to successfully make it through the qualifying round of the Champions League later this summer, Klopp will need to strengthen his squad to add depth and quality to compete on various fronts.

From that perspective, keeping Sturridge might be a sensible decision. However, with his injury history and problems with being a consistent scorer and being versatile, is it really the best choice for all concerned?

That will be down to Klopp to decide now it seems, but it’s widely expected that there will be plenty of new faces at Anfield next season and so Sturridge may have increased competition if he stays.