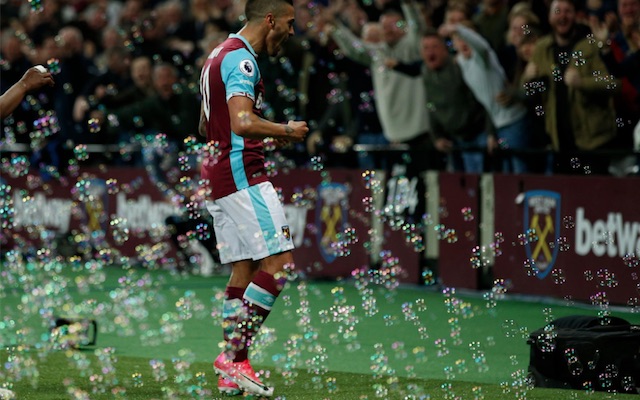 Chelsea are reportedly considering a summer swoop for West Ham United playmaker Manuel Lanzini after his impressive season this year.

Fresh from winning the Premier League title this season, coupled with the possibility of a domestic double with the FA Cup this weekend, it is turning out to be a successful first year for Antonio Conte in England.

However, focus will soon switch to how he can strengthen his squad ahead of Chelsea’s return to the Champions League next season, and that will involve several new faces arriving at Stamford Bridge this summer.

According to The Sun, Lanzini could be one of them as Blues technical director Michael Emenalo is an admirer of the Argentine ace and he’s seen as an ideal signing in the event that Cesc Fabregas decides to move on with ongoing speculation linking him with a move to AC Milan.

While the Italian giants are seemingly ready to make the Spaniard a focal point in their ambitious summer plans, it’s worth noting that Fabregas himself has reiterated on numerous occasions his desire to stay at Chelsea.

Further, it’s also added that Lanzini is committed to the Hammers despite interest from various Premier League clubs as he sees his future at the Olympic Stadium where he will hope to build on this season and improve further.

Nevertheless, when higher wages, a chance to play in the Champions League and win trophies consistently over the next few years are put on the table, perhaps his position will change on the matter.

Conte will need additional depth and quality in his squad ahead of next season, and it’s no surprise that several names are being linked with a move to Chelsea, with Lanzini now the latest to be added to that list.