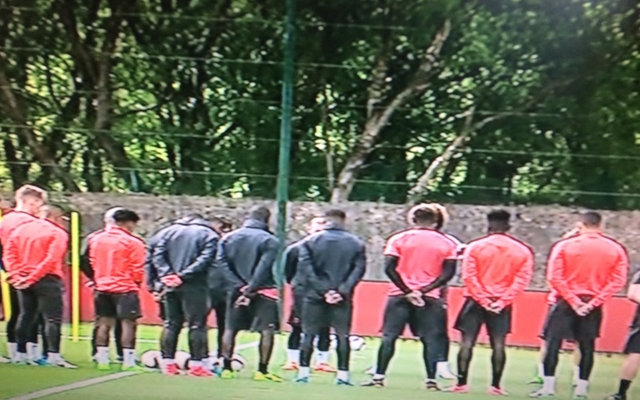 Messages of support and tributes flooded social media after Monday night’s tragedy, but United had to report for training as usual ahead of the Europa League final against Ajax in Stockholm on Wednesday night.

Ahead of the session though, Mourinho held a minute’s silence to remember the 22 victims that died, while a further 59 were injured by the blast.

As seen in the image below courtesy of Adrian Hobart (@Hobyone40) on Twitter, the United players stood silent to pay their respects, before their focus would have undoubtedly returned to the task at hand as they will have to prepare for a crucial clash with Ajax.

In further updates, United have cancelled a pre-match press conference scheduled in Stockholm on Tuesday evening, with BBC reporter Dan Roan gaining access to a copy of the statement that they sent to UEFA.

It’s since been reported that UEFA have accepted that request, and so United will now be able to continue with their preparations and will undoubtedly be pushing the governing body to allow them to wear black armbands for the game too.