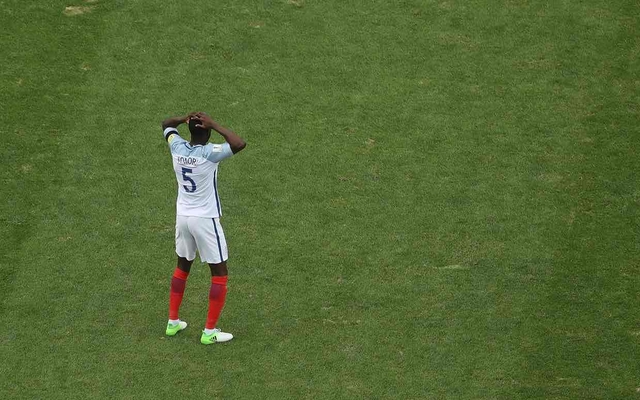 If Fikayo Tomori was hoping to use the U20 World Cup as a stage to establish a future at Chelsea, he might want to rethink his strategy after this effort.

The 19-year-old received the ball near the half-way line during the clash with Guinea on Tuesday, but after shaping to pass the ball forward, he decided to swivel quickly and hammer a pass back towards his goalkeeper.

Unfortunately for him and the England U20s, the pass eluded Dean Henderson who couldn’t control it as he was caught completely unaware and they went on to draw the game 1-1.

Blame will probably be thrown at both players, but ultimately Tomori’s mistake to play the pass without even looking behind him first was where the problems all began and unfortunately for him, it’s his name in the books as scoring an own goal.

On the positive side of things, it shouldn’t effect England too much as they’ve collected four points from their opening two group games ahead of facing South Korea on Friday.

However, on a personal level, Tomori won’t be watching this back any time soon and he’ll be hoping Antonio Conte missed it too if he has more immediate ambitions of making it in the senior squad…

A misunderstanding at the back gifts Guinea an equaliser ? pic.twitter.com/zB2bYGNLJI