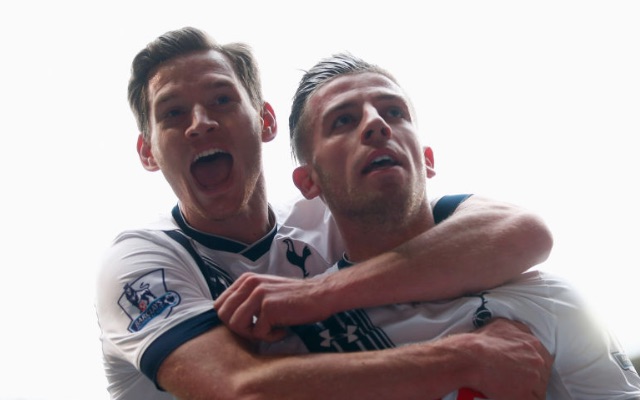 It’s not going to go down well with Manchester United fans, but Ajax have received a message of support from three familiar faces from Tottenham.

Jan Vertonghen, Toby Alderweireld and Christian Eriksen, all former Ajax players, have sent their old club a good luck message which was handily shared on Twitter by the Dutch giants.

Peter Bosz’s men take on United in Stockholm on Wednesday night, with the prize not only the Europa League trophy, but of course a passage into the Champions League next season.

Having missed out on the top four in the Premier League, it’s all or nothing for Jose Mourinho and his players, and this young Ajax side which has thrilled us all this season in Europe will be out to shatter that last remaining hope.

Despite being away on a post-season tour in Hong Kong, the Tottenham trio have insisted that they will be watching and supporting their former club. Not only is this a wonderful gesture from them, but it just shows that there is still a bit of romance and loyalty in football and that they still keep an eye on and back Ajax after enjoying great times there previously. We love it anyway…

“Guys, lots of luck on Wednesday. We will watch it for sure from Hong Kong. We will support you and hope that you’ll win.”