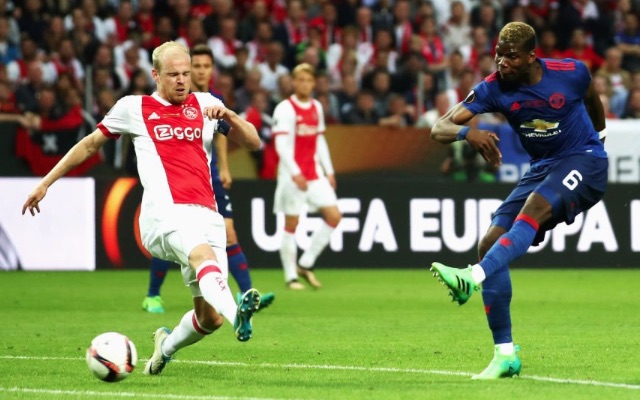 The Europa League has provided some magic moments down the years. Erik Lamela’s rabona in 2014 was stunning, while Liverpool’s comeback against Borussia Dortmund last season was simply breathtaking.

However, as the Europa League is effectively a competition for also-rans and rejects, it has naturally also witnessed some pretty awful football at times.

Sadly, one such crappy moment occurred in Wednesday night’s final between Manchester United and Ajax when Jairo Riedewald produced the worst throw-in ever seen in a European game.

And it's @paulpogba who gives @ManUtd the lead after Ajax botch the throw-in. #UELfinal pic.twitter.com/OTpjmDiwdG

To make things worse for Riedewald, his awful error was punished almost immediately as it led to the game’s opening goal just seconds later.

Paul Pogba was the scorer, firing home from long range.

Were it a screamer, fans might have been distracted by the brilliance and forgotten about Riedewald’s f***-up.

Sadly for the 20-year-old Dutchman though, Pogba’s strike was a scruffy deflected effort, so it will be forever remembered as the goal that came from the worst Europa League throw-in ever.