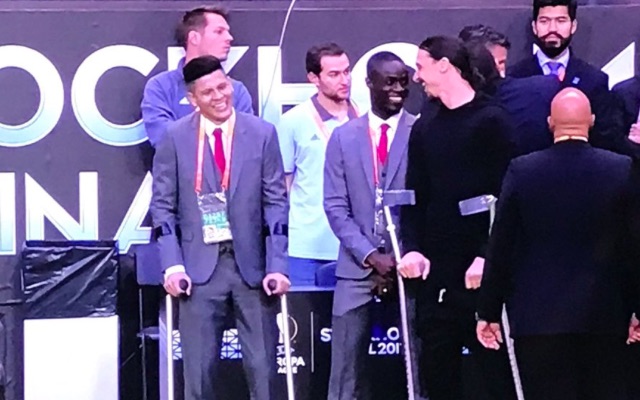 Manchester United’s walking wounded invaded the pitch like a group of zombies after the final whistle in Wednesday’s Europa League showpiece.

Ashley Young, Marcos Rojo and Luke Shaw were all on crutches as they limped onto the podium to collect their winners’ medals after United beat Ajax 2-0 to win the trophy.

Meanwhile, star striker Zlatan Ibrahimovic was also hobbling, having missed the game through injury as well.

However, the crocked quartet didn’t let their various physical troubles prevent them from joining in with United’s celebrations.

Rojo even managed to bounce up and down like his teammates.

When you get frustrated trying to use someone else’s crutches at school so you try break them pic.twitter.com/UjWkvOtCxJ