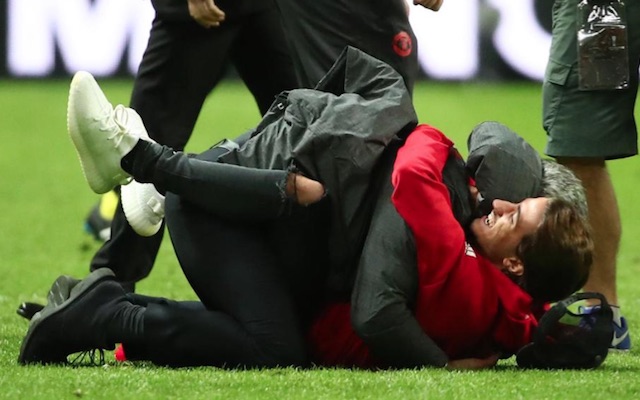 Manchester United manager Jose Mourinho was joined on the pitch by his son after Wednesday night’s Europa League final against Ajax.

I’ll call this position the Mourinho Missionary from now on??? pic.twitter.com/dm9tRniRr0

Mourinho and Jose Jr. celebrated exuberantly following the 2-0 win which secured United a third trophy of the season – if you include the Community Shield – and qualification to the Champions League next term.

In fact, the United boss got wiped out by his excited son as he jumped into his arms.

United were very worthy winners on the night, with goals from Paul Pogba and Henrikh Mkhitaryan putting Ajax to the sword.