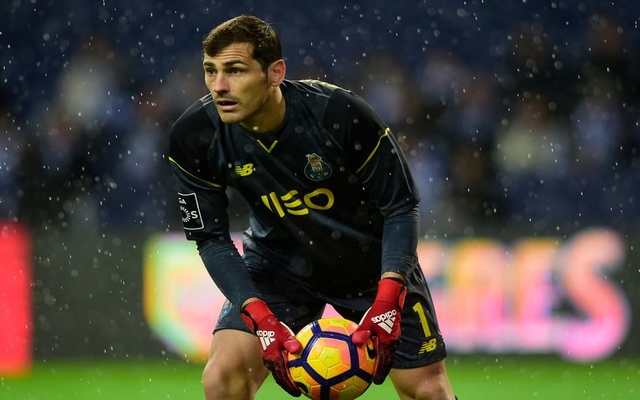 Liverpool reportedly have zero plans to sign a goalkeeper this summer, which effectively rules out a shock swoop for Iker Casillas.

The 36-year-old will be available on a free transfer this summer after his deal with Porto expires, and given how he’s impressed since moving to Portugal, interest is likely to be high in acquiring his services.

However, as noted by The Liverpool Echo, Jurgen Klopp has no intention on signing another shot-stopper, with the Reds baffled by reports in Spain suggesting that they have a pre-contract agreement with Casillas.

The reports of a potential move to Anfield have become so strong that bookmakers suspended betting on where Casillas would end up next, but based on this report, it doesn’t seem as clear-cut as others would suggest.

Nevertheless, it does come after Loris Karius endured a difficult first season in England during which he lost his place in the starting line-up to Simon Mignolet. In the Belgian ace’s defence, his form was key to helping Liverpool secure a top-four Premier League finish and so Klopp seemingly still has plenty of faith in him to continue to hold the job on a permanent basis.

Nevertheless, he does have a history of committing costly mistakes, and so it was arguably to be expected that the Merseyside giants would be linked with bringing in additional competition.

While it would have been great to see Casillas in England next season, this latest report would suggest that it won’t come to fruition as Klopp is happy with the options already at his disposal and clearly he has faith in Mignolet, and Karius if required, to play fundamental roles in the team’s success moving forward.