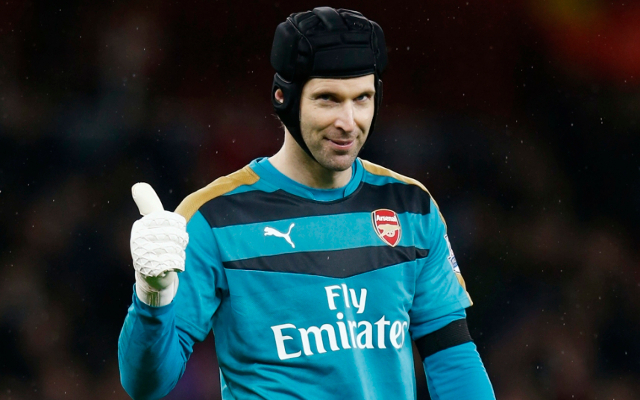 Arsene Wenger has reportedly decided to drop Arsenal goalkeeper Petr Cech in favour of David Ospina for the FA Cup final on Saturday.

The Gunners take on Chelsea at Wembley, and with Wenger already having problems in defence through suspension and injuries, the last thing many would have expected would be for him to rotate elsewhere.

According to The Guardian, Cech had suffered a slight knock but from a fitness point of view, he was ready to play. However, it’s added that he’s been left devastated by the decision, and he will now miss the showpiece event with Ospina getting the nod instead.

It remains to be seen what formation and personnel Wenger goes with, as Laurent Koscielny, Gabriel and Shkodran Mustafi are all missing. In turn, Per Mertesacker is expected to start, and there will undoubtedly be a real sense of concern amongst Arsenal fans over how they’ll deal with the Chelsea attacking threat.

Given his experience playing in such big games on a consistent basis over so many years in England, it’s really questionable as to why Wenger has not opted to go with Cech but it remains to be seen when the official line-up is announced as to whether or not he will snub the shot-stopper.

Ospina has been a regular in the Champions League this season and has of course featured in Cech’s absence when injured. However, especially with suggestions that he could be departing north London this summer, it makes the decision all the more questionable as Arsenal look to end the season on a high note after being left disappointed in other competitions this year.