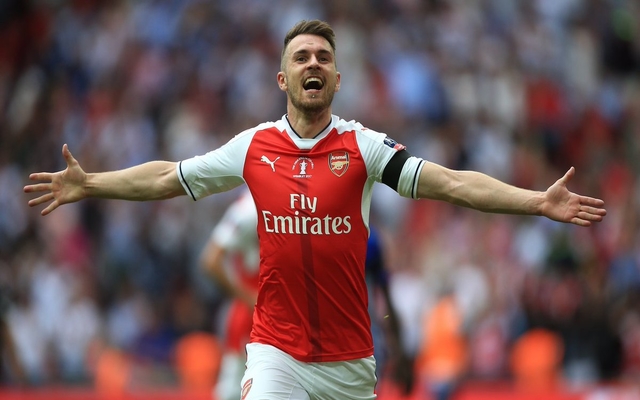 Arsenal midfielder Aaron Ramsey scored the all-important winning goal as the Gunners picked up the FA Cup against Chelsea on Saturday.

Alexis Sanchez had given Arsene Wenger’s side the lead, and it seemed as though they were well on course after Victor Moses was sent off after picking up two yellow cards.

However, Diego Costa had other ideas as he bagged a surprise equaliser for 10-man Chelsea, but their joy was short-lived as just minutes later Ramsey had restored Arsenal’s lead to spark wild scenes of celebration in the red and white half of Wembley.

Aaron Ramsey with his second goal in an FA Cup final! pic.twitter.com/zJ0oveq772

It’s a brilliant way for Arsenal to end the season with Wenger picking up yet another FA Cup trophy, but ultimately it probably won’t be enough to settle the discontent and anger that has been seen at the club this season.

The French tactician will have to finally reveal his decision on his future with his contract expiring this summer, but for now he can celebrate with his players and the supporters as they secure a trophy and end the season on a high.

Having seen off Manchester City in the semi-finals and beaten Chelsea in the final, few will argue that Arsenal deserve it and it’s undoubtedly an afternoon to savour for their supporters.