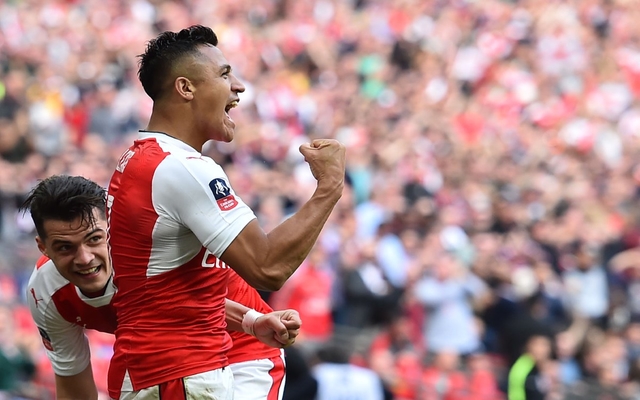 Arsenal opened the scoring in the FA Cup final against Chelsea on Saturday, but the Blues were left furious that the goal was given by the officials.

The Gunners made a fast start to the encounter and were on the front foot immediately. That sharp opening led to the goal with Sanchez closing down an attempted clearance before chasing it down and producing a smart finish to send the ball past Thibaut Courtois.

However, it was only awarded after referee Anthony Taylor conferred with his linesman, and it left Chelsea infuriated as they were convinced that the Chilean international had handballed it, while Aaron Ramsey was arguably interfering with play as he stepped aside to let Sanchez finish off the chance.

Alexis Sánchez has scored 30 goals in a single campaign for the first time in his career.

Their protests fell on deaf ears though as the goal was awarded, and Arsenal were finally able to celebrate scoring what could turn out to be a crucial opening goal of the game.

In addition, it was his seventh goal in his last five starts at Wembley, while he also became the first Arsenal player to score 30+ goals in a single season since Robin van Persie did it in 2011/12.