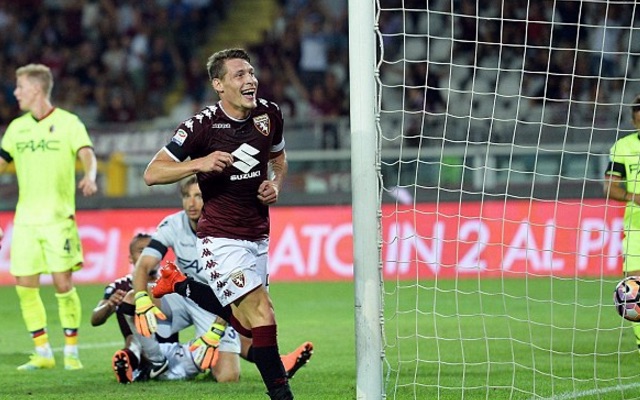 Arsenal and Chelsea are reportedly leading the charge in the race to sign Torino striker Andrea Belotti this summer, despite his £85m valuation.

The 23-year-old has had an excellent season this year, scoring 27 goals in 37 appearances in all competitions, with the Serie A finale this weekend offering him a chance to produce a reminder of his quality.

However, with that form has come interest from elsewhere, and Torino seemingly face a battle to keep hold of him this summer with various clubs from around Europe being paired with a swoop.

According to The Sun though, it’s Arsenal and Chelsea who are the front-runners currently, with Manchester United also mentioned in the report, as it looks as though both Arsene Wenger and Antonio Conte will prioritise signing a prolific striker to be a consistent source of goals for their respective teams next season.

That’s assuming Wenger stays given that his contract expires this summer, and as far as Chelsea are concerned it remains to be seen whether or not Diego Costa moves on ahead of next season.

Nevertheless, it sounds as though the two London clubs will continue to monitor Belotti’s situation, even though it’s questionable as to whether Arsenal and Wenger are really prepared to splash out £85m on a player given their history of being stringent with the club’s finances.

Having fallen short in the Champions League and finished outside of the top four in the Premier League this season though, the time may well have come to loosen the purse-strings and go out and make a statement signing this summer to really push the Gunners on.

As for Chelsea, Conte will want to build on the success of this season and in the event Costa leaves, he’ll want another similarly imposing figure to lead his attack next year.