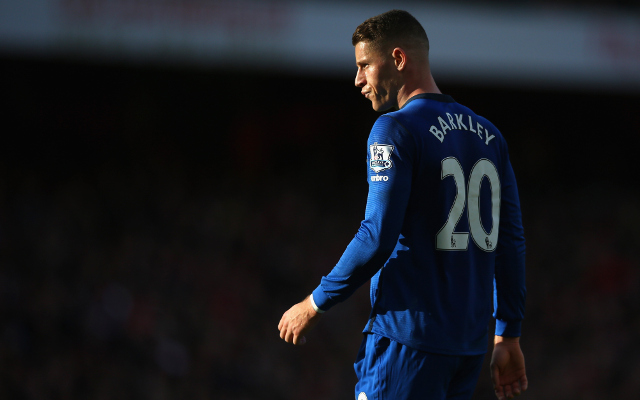 Tottenham will reportedly face stiff competition from West Ham United for the signing of Everton ace Ross Barkley as the Hammers will meet his hefty wage demands.

The 23-year-old is expected to leave Goodison Park this summer having failed to agree on a contract extension with the Toffees as his current deal continues to wind down.

In turn, speculation has suggested that Tottenham would be ready to swoop for him and add him to their group of talented young England stars, but according to The Daily Star, West Ham are ready to spoil the party and make their own ambitious move.

It’s claimed that the Hammers will meet Barkley’s £140,000-a-week wage demands, which is just over double what he currently earns, and Everton are seemingly preparing for life without him as they consider replacements with Gylfi Sigurdsson high on their transfer shortlist, as per the report.

While it’s noted that Barkley is keen on joining Tottenham as it would arguably help him with his England hopes too, it appears as though West Ham will make it a difficult decision for him if they are willing to put the money that he’s demanding on the table when Spurs may not.

Chairman Daniel Levy’s strict wage structure has been well documented with the club operating at a certain level, and it remains to be seen whether or not it’s enough to satisfy Barkley’s personal demands as from a football perspective, the move would make a lot of sense.

After seeing one reported target in Wilfried Zaha sign a new contract with Crystal Palace, Mauricio Pochettino will be hoping another doesn’t slip through the club’s fingers. Nevertheless, there has been no official word from either club to suggest that negotiations have taken place, and so perhaps it won’t be such a big loss for Tottenham if Barkley goes on to choose West Ham.