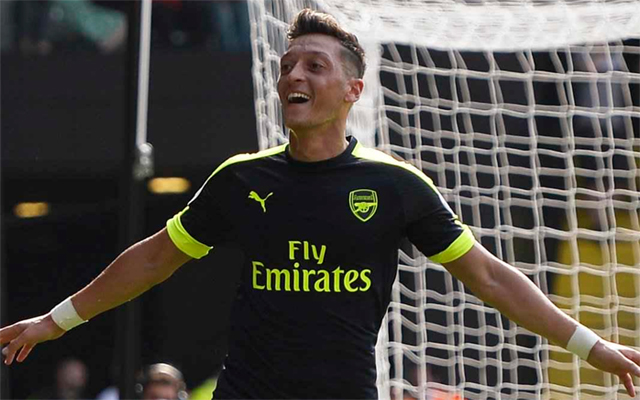 It’s true, Mesut Ozil reads the Evening Standard. The Arsenal playmaker was in jubilant mood after the weekend, and he cheekily took a pop at some of the writers at the newspaper.

The Gunners sealed a 2-1 win over Chelsea at Wembley in the FA Cup final on Saturday evening, lifting the trophy for a record 13th time.

Few gave them a chance heading into the game though, with Antonio Conte’s side so dominant in the Premier League and full of confidence, while the pressure was on Arsene Wenger and his players after a dismal campaign on various fronts.

However, they proved their critics wrong as they were not only victorious but they were the better team for large periods and they came away with a trophy to show for their efforts this season.

It won’t mask all the problems at the Emirates by any means, but it’s certainly a timely lift for all at Arsenal. Ozil seemed to enjoy reading the predictions on the game from the Evening Standard’s expert panel, trolling them on Twitter over their incorrect scores with all of them going for Chelsea.

We did too, but it’s Ozil and Arsenal who get the last laugh…